On Feb 2 2009, 08:34 PM, Bungalo joined the Underground forums! This was met with much jubilation such as the following quote from Nightwing:

Before Bungalo was allowed in, he had to do several rigorous trials. Many were very embarrassing and sadistic (very common for Nightwing to do this). However, Bungalo did preserver flawlessly as if he was destined to be apart of the Underground. Perhaps, he will rise from the ranks and become a great Prime one day.

Recently his Wii U broke, no clue what he does with it now!

He also made Dennis and Bulletball Underground. 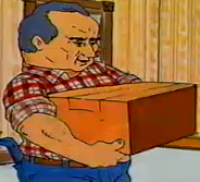